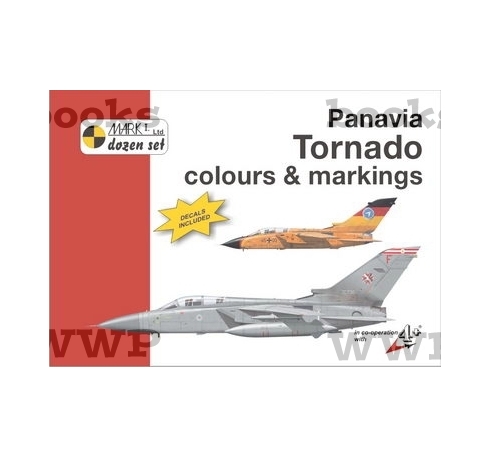 The Tornado variable-sweep wing combat aircraft was the result of a tri-national development and production programme, which was started in the late 1960s. Initially known as the MRCA, this aeroplane was designed to fulfil close air support, counter-air and naval strike and reconnaissance roles. Two main two-seat variants evolved, the IDS (Interdictor Strike, or bomber) and ADV (Air Defence Variant, or fighter), and the aircraft were supplied to the UK, West Germany, Italy and Saudi Arabia. With their manufacture shared among the former three countries, nearly 1,000 planes had been built by 1998.
The publication has 28 pages, including a total of 49 overall and detailed photographs,

12 pages with colour camouflage schemes and their description. Text in English.