> BEAR IN THE MUD 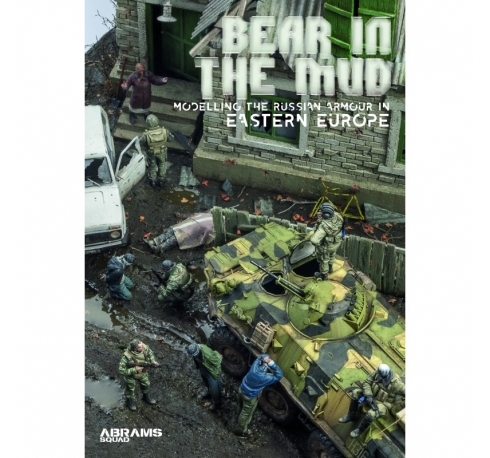 BEAR IN THE MUD

BEAR IN THE MUD
Modelling the Russian Armor in Eastern Europe

After the success of "Bear in the Sand", an special issue of Abrams Squad devoted to the Russian armor used in Libya, Syria and other desert conflicts, we launch the "Bear in the Mud". A book full of amazing models and scenes of Russian armor in conflicts recently happened in Eastern Europe: Chechnya, Georgia, Ukraine...

Introduction with amazing photographies for reference.

"T-55AM in Georgia" by Zhendong Li

"Even the strong get hurt" URAL by Konstantinos Tsiompris

"The Battle of Chechnya" BTR-80 by Imad Bouantoun

A complete guide of articles with “how to build” and “how to paint” tips for some of the most representative vehicles of the Russian army in the recent conflicts. Also focused in the diorama, ambientation and scenes. A book full of inspiration for all types of modellers, from beginners to advanced with dozens of real pictures and reference pictures from the combats and the amazing effects of the mud on the vehicles.

180 pages
Softcover
ALL TEXTS IN ENGLISH